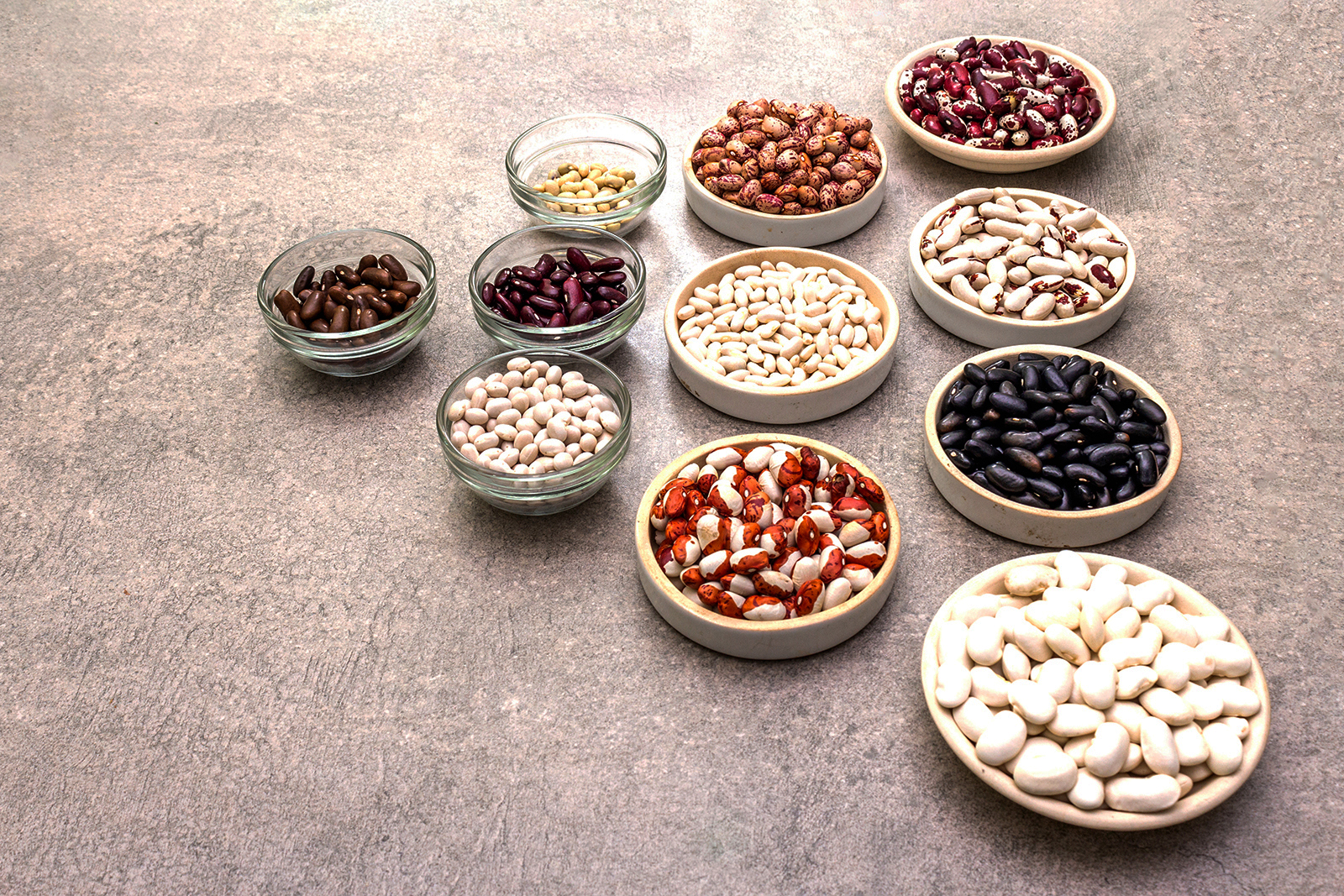 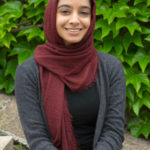 Nabiha Asim is a vertical editor for Rooted. She received…

Everything You Need to Know to Become a Homesteader

Like millions of Americans who don’t know where their next meal is coming from, Jovan Sage, farmer, health and wellness coach, and board director at Seed Savers Exchange, once didn’t either. When she was living in New York City five years ago, Sage lived on food stamps and struggled to make her meals last. That was until she discovered she could use her food stamps to buy seedlings at the farmer’s market and start saving seeds to grow her own produce, such as tomatoes, black beans, and potatoes, from home. Seed saving, or the practice of saving seeds for future use, particularly for economical reasons and preserving biodiversity, saved her from being food insecure. Now, she’s using seed savings to help other food-insecure communities too.

Sage started her work with people facing food insecurity as the engagement director at Slow Food USA, an international organization that promotes local food and traditional cooking, and board member of Flip The Table Youth Food Council, a youth-led organization that tackles food justice issues in New York City. Through her work, she saw how hard it was for people in the city, particularly homeless youth, to get healthy, fresh, and culturally-relevant foods such as soul food. “I was just like, how does food get to us, and why doesn’t it get to these people over here?” Sage says.

Food insecurity is most prevalent amongst lower-income communities and neighborhoods, especially for people of color who face high rates of unemployment and poverty. It’s an outcome of policies and institutional practices that create barriers to opportunity for people of color. But seeds have long been used to help food-insecure people globally. In the 1970s, the world shifted its focus on feeding hungry people with seeds, including famine-stricken areas in Africa. Today, there are more than 500 seed libraries around the world where people can borrow and share seeds with the public.

But before those seeds reach the people who need them, they must be saved first. Industrial agriculture and climate change has endangered 75% of the world’s crop varieties, according to Seed Savers Exchange, a non-profit organization that focuses on saving endangered and heirloom seeds in the United States. Meanwhile, in 2013, 170 million acres, which is roughly half of America’s cropland, were used to grow genetically-engineered crops which have seeds that can’t be saved and replanted again, according to the U.S. Department of Agriculture.

This phenomenon goes back to a 1980s Supreme Court decision that allowed utility patents on living organisms, which took away farmers’ rights to save, exchange, and sell seeds. Today, 60% of global seed sales are controlled by only four companies that are selling fewer varieties to maximize their profits, resulting in seed varieties going extinct. While some global seed companies are turning to climate-resilient crops such as legumes, wheat, and barley in an attempt to save crop diversity and keep heirloom seeds on people’s tables, they’re only reaching just 10% of smallholder farmers because of the lack of access to quality seeds, according to the 2019 Access to Seed Index study.

In response, organizations like Seed Savers Exchange, which Sage joined as a board member in 2015, are leading a movement to preserve seed diversity. Today, their seed bank in Decorah, Iowa has a collection of over 20,000 rare, open-pollinated varieties. They also educate people on getting access to seeds, saving seeds, and what to do with them next, such as cooking, harvesting, and preserving.

Seeds have all the information to grow into this larger plan of having food on our plates.

Through her work, Sage understands that seeds control the food system. She’s seen how seed saving can improve crop production, which is threatened by climate change while creating a space to examine issues like food insecurity. As a proponent of change within the modern food justice movement, she now shares her journey toward healing food insecurity through seeds with Rooted.

Rooted: How did you become involved with food justice?

Sage: I came to food justice work before it was really called that. My background is in social and economic justice. When you’re working with folks who are homeless or are sex workers, the conversation is usually that they’re housing and food insecure. I was helping people get the resources they need but also making sure they have a good meal in their belly. I had this idea that the meal that I’m providing them may be the only meal they have, so I had to think about what I was choosing to feed them based on budgets. Ordering a few pizzas may be easy, but I realized it may not be the best food we’re giving out, so it got me to dive deeper into some larger issues around food. It took me down this path of learning more about where our food comes from, especially in a large city.

Rooted: How did you connect that experience to seed saving?

Sage: Seeing how people were having challenges accessing fresh food just led me to seeds. The idea that there were ways in which people could start to grow their food really fascinated me. I also thought about in what ways was I as a consumer contributing to inequality within the food system. And so it got me to this place of thinking if we can grow our food from a balcony or a community garden, what would it take to do that? I realized it all starts with the seeds. Seeds have all the information to grow into this larger plan of having food on our plates. And so it started with me growing plants from seed and learning how to ferment and preserve food.

Rooted: Have you always been interested in growing your own food?

Sage: I was already interested in herbs and studied them most of my life. It started as a way for me to reconnect with myself. It was just this idea of how do we reclaim the healing the Earth already passed for us and use plants in their most pure form.

Now, a lot of the work I’m doing here in the South is looking at some of the traditional plants and foods, as well as some of the food brought over by enslaved Africans, and looking at how that connects to my own heritage and ancestry. I originally grew up in the midwest, and I’m a Kansas City native, but I can trace the lines of my family to enslaved Africans. When you look at the story of enslaved folks, you look at this story of resilience. The fact that at least my line was able to survive down here is nothing short of amazing, and so much of that is because they found ways to heal. The legacy of American food and agriculture is the legacy of enslaved Africans.

Rooted: How can one start saving seeds?

Sage: First, think about the things you love to eat. What goes into that dish and is it something that you can grow in your area? Then, find the folks who have the seeds that you know are going to be delicious for that dish and start there. You buy one seed packet and then you plant it, but you also plan for the future and save that food. You don’t necessarily have to come back and buy another seed packet. You’re creating the seeds for future growth, and you don’t have to be a farmer with acres of land. With a few five-gallon buckets, we can get you fresh tomatoes and peppers and learn how to control your own food security. I think one tomato plant can get you 20 pounds of tomatoes, so imagine: If tomatoes are $2.99 a pound in the grocery store, how much can you save by growing your own 15 to 20 pounds worth of tomatoes?

Rooted: What are some barriers that prevent people from saving seeds?

Sage: When I have conversations with folks around seed saving, they feel intimidated by it. Growing isn’t necessarily the first thing they’re thinking about doing because they’re worrying about their jobs or figuring out how to feed their family. They may not have time.

But you can show people how easy it is to save seeds from a tomato or how easy it is to put aside some beans. And so a lot of my work personally is providing people with those resources, like connecting them to a farmer’s market or a food bank. You can also use things like EBT or food stamps for buying seedlings and transplants at farmer’s markets, so it’s a simple way them last beyond that one meal. And if you’re living in a big city or you may not have a yard, you may not have space to grow so we talk about container gardening.

Rooted: In what other ways can seed saving impact people’s lives?

Sage: It gives this idea of food as medicine, but it also shows how you really need to look at your life holistically. It’s teaching people how to ferment their own food, how to can and preserve, how to meal plan, and how to take care of yourself — whether that’s learning how to meditate, doing yoga, walking on the beach, or just riding your bike more. Our lives are intertwined, so we can’t necessarily separate those things.

Rooted: Where do you see the future of seeds going?

Sage: There are a lot of folks who are creating drought-resistance seeds, and I think they’re trying to figure out ways to find seeds that are relevant to our communities. One of the folks I work with who is based in Savannah, Ga. is actually creating seeds that are specifically for our area that are drought resistant and grow nutrient-dense foods. So it’s all about finding things that are native to your area and continuing them. That’s why seed saving is important. If you’ve grown that plant and it tastes good and it yields everything, you want it to be usable. You should absolutely save that seed and share it with other people in your community so that they can continue to grow it and get that beautiful taste and yield from that seed.

In terms of food insecurity, I think the bigger brains are trying to figure that out. That’s why I focus a lot on ways in which we as individuals, families, and communities can be more self-sufficient so that we’re not relying on a larger system to save us. I think it’s going to be a community-based solution. That’s why organizations like Seed Savers Exchange are so important because they’re making sure that these seeds are viable, promoted, and needed. But it takes each of us to get those seeds and to continue to grow them in our community.