Becka Gutierrez is a contributing writer for Rooted. She received…

Cage-free eggs are officially a thing. McDonald’s, Walmart, and Kroger joined 100 grocery-store chains and 60 restaurants in a declaration to serve or offer 100% of their eggs sourced from cage-free suppliers by 2025. But like most trendy food labels (especially those that seek to convey an item’s healthy and earth- and animal-friendly properties), that designation doesn’t always suggest the full story. And when it comes to cage-free eggs, it doesn’t mean the animal responsible for that egg in the carton experienced the most humane conditions or that it offers the most nutritional food for consumers. In fact, a hen who produced a cage-free egg could spend her entire life indoors. 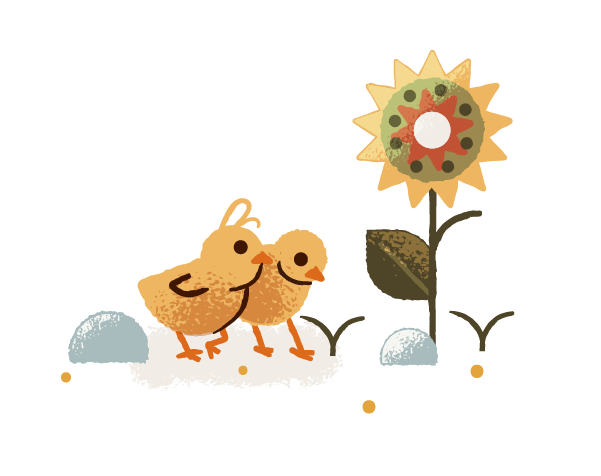 To sort out fact from poultry fiction, we talked to chicken expert Rachel Moody, a dairy, equine, and livestock educator at Cornell University’s Cooperative Extension program in Middletown, N.Y. Moody grew up on a dairy farm showing chickens, goats, and cattle. She graduated from SUNY Cobleskill with a degree in animal science and earned her master’s degree from Virginia Tech in Agriculture Education and Extension. Now, Moody educates students online and in-person on backyard chickens and poultry production. Her classes attract a range of students — from those in their late-twenties to families and retired individuals interested in learning more about chickens.

Rooted: What is the difference between cage-free eggs and conventional eggs?

Moody: When people think of cage-free eggs, they think the chickens are having a higher quality of life because they are not caged. But cage-free eggs just really depend on the operation. I’m not saying that it’s not a better quality of life, but it depends on what you consider a better quality of life because a lot of times they are actually in those cages because it deters chickens from pecking one another. I mean, I know people always think that it’s horrible and everything, but chickens are mean. There’s a pecking order and that saying comes from chickens, and it’s because they peck one another. They can be cannibalistic and opportunistic. As for somebody’s version of cage-free, it could be they are in a coop and fenced-in area outside and can walk around and whatnot. Cage-free in a commercial facility could be that the chickens are in a barn that is thousands of feet long with 100,000 birds. Chickens can be walking around on the floor with nesting boxes for them. Or it could be that plus a little bit of access to the outdoors, an hour a day or something. So it all varies on the operation, and it all varies on what’s commercial and what’s not commercial.

Moody: The color of the egg is kind of like people’s skin. The color is the result of the pigment and it’s based on the breed of the animal. Like the colors of dogs are just based off of the breeds of dogs, it’s the same thing with the eggs for the chickens.

Rooted: Why do we see more white eggs in grocery stores?

Rooted: What other colors of eggs do breeds of chicken lay?

Moody: The primary colors are white and brown, but there are also what we call “Easter Eggers” or the colored eggs that are the greens and blues. Those typically come from Aracucanas and Ameraucana birds. The interesting thing is that the inside of every single shell is white. They do start off white and then the pigment goes on as it’s going through the system of the bird.

Rooted: How long does it take for a chicken to lay an egg?

Moody: It takes about 26 hours for the egg to go from the ovary until it’s laid. It’s kind of equivalent to the system people go through, similar to a woman’s fallopian tubes.

Rooted: Why don’t we see the pigmented eggs at grocery stores?

Rooted: What is the grading system used for eggs in grocery stores?

Moody: There is a federal regulation of the grading process but each state can have a more rigorous process. Each state can determine what the grades are used for. However, it has to meet federal standards. Part of the grading system is factored by the quality, size, and candling of the egg. During the candling, a light is shone on the egg to check for any imperfections that deem it a reject. The shell of the egg is also examined during the grading process, and the grading starts with the best eggs at AA, A, B, and rejects. Anything less than a B is a reject and not sold in stores. Grade B eggs and rejects can still be used for different purposes if the egg is just ugly but edible.

Rooted: Why are some eggs covered in specks or streaks?

Moody: There are times when a chicken is stressed or something happens like they get kicked out of their spot, and that’s when you see those inconsistencies. They can produce darker bands and almost like rings in certain places like speckles. It similar to when your printer gets jostled when it’s printing something out aned get an inkblot.

Rooted: What determines the size of the egg?

Moody: It depends on the bird size. The standard egg is a large size, but there are two things that will dictate the size of the egg. It’s the breed size and age. So, as hens get older, they also lay larger eggs. The extra-large and your jumbos are usually from an older bird.

Rooted: Does the egg color impact the egg’s flavor?

Moody: No, it doesn’t have anything to do with the color of the shell. Eggs are porous though, so if the eggs are not in the container and left next to an onion or something in a fridge, then they can take on that odor.

The Builder-in-Chief Behind Carolina Coops

Becka Gutierrez is a contributing writer for Rooted. She received her master’s degree in journalism from the S.I. Newhouse School of Public Communications at Syracuse University. Gutierrez is also a contributing reporter for TheNewshouse.com and Cuse.com, the official source for Syracuse Athletics. In her downtime, if she finds any, she enjoys "chilling out, maxing, relaxing all cool, and shooting some b-ball outside of the school."