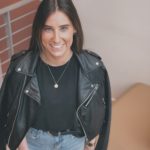 Jo Allen is a contributing writer for Rooted. When she…

In fifth grade, Matt DuBoise first saw eggs hatching in an incubator, and they fascinated him. “It was a 21-day process, and every morning for the first time ever, I could not wait to go to school, check the incubator, and make sure the temperatures were right,” DuBoise says. His fascination continued. Between starting a family, moving around, and trying new job paths, DuBoise always kept his love for animals alive in any way he could. At the age of 30, DuBoise built his first coop with wood scraps from the street and experienced his second poultry epiphany — he possessed a knack for constructing coops.

A decision to grow his flock prompted a need for a bigger coop so he decided to sell his first one on Craigslist. After selling the first coop for $120 from his home in Durham, N.C., the positive response inspired him to consider building and selling the structures. “I always knew I wanted to start my own business. I just never thought it would be building chicken coops,” he says. “But it makes sense now looking back because I have such a huge passion for building enclosures for any animals, and that’s what I’ve done since I was a kid.” He sold his first coop to two doctors at the University of North Carolina. DuBoise became friends with them, and they purchased four coops from him over the years as they got more chickens.

More than a decade later, DuBoise continues to build coops in Clifton Springs, N.Y. and Raleigh, N.C., and he sells them in all shapes and sizes — from the “California Coop,” which is a 4-by-9 coop that’s perfect for smaller yards, to the customizable “Carolina Coop,” which varies in sizes and add-ons. His business, Carolina Coops, boasts a successful customer base, selling coops in every state from New York to Alaska, and DuBoise spends his days building any size or design customers request, including coops built under decks and made from 200-year-old reclaimed wood. As his coop empire continues to grow, he’s gone from participating in the famous Tour D’Coop to being a platinum sponsor and has even been considered for a National Geographic reality show.

Customers also rave about his coops. With a 4.9 out of 5-star rating on Facebook, DuBoise’s customers have noted how happy they are with the quality and design of his coops, along with his company’s customer service and professionalism. “The quality of the Douglas fir wood is first-rate,” writes Julie Craig, a customer from North Carolina. “I love how they are elevated off the ground with a deep litter system. I am certain the coop will last for many years.” His fans also helped build his social media presence, gaining his company over 12,000 YouTube subscribers and almost 2,000 Instagram followers.

Another customer, Ingrid Fromm, loved her coop so much that she went from being a fan to a company employee. Two years ago, she stumbled upon DuBoise’s business after seeing a video about it on her local feed store’s Facebook page, so she contacted him and ordered an American Coop for her chickens. And with a background in freelance web content and social media management and a passion for animals, Fromm reached out to him soon after to discuss a marketing position in his company. “I really felt I could help Carolina Coops market the company better,” says Fromm, Carolina Coops’s web content and marketing specialist. “I just redid his website so people could find it and give him e-commerce.”

And after constructing somewhere in the neighborhood of 800 to 1,000 coops, DuBoise knows what makes a good coop. Here are his recommendations for things coop consumers should consider. 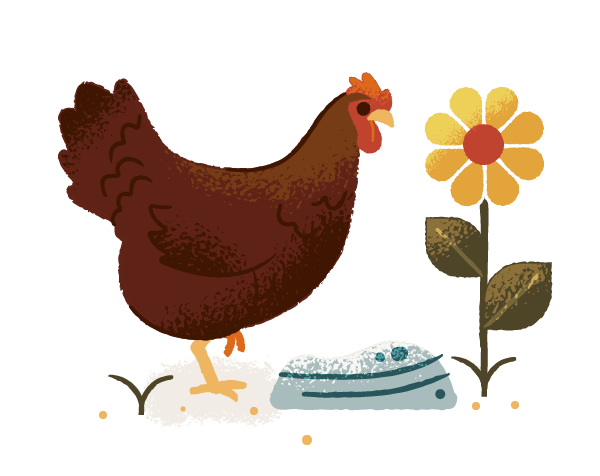 According to DuBoise, the mistake people often make is having too many chickens in one coop. Companies that sell coops often play a key role in this mistake by misrepresenting the number of chickens that fit. “Be sure to know what size you want, and that you’re getting the right one,” he says. Every other coop company wants to build smaller and quicker for their business, but size is important — depending on the number of chickens you want, you need to make sure they have ample room, with roost bars that are at least 20 feet long. A standard coop is 3 to 4 square feet per henhouse, and the bare minimum for the run is 10 square feet per hen.

DuBoise says a coop’s quality and the materials it’s made of go hand in hand. For example, the Douglas fir wood he uses, a high-quality wood that doesn’t split, is a big factor of the craftsmanship he swears by. He adds that using black PVC coating and stainless steel makes all the difference despite being expensive. “The reason why I emphasize that is when people are building their own coop, they make so make mistakes on the choice of materials,” DuBoise says. First-time coop builders make the mistake of using wood scraps they find, and even staple guns, which makes the coop last less than a year.

Coop newbies frequently underestimate pests and predators. Quality goes along with safety, and safety is just as important for you as it is for the chickens. “You obviously want a coop safe from predators,” he says. “Although it is not every builder’s first priority, it should be.” For example, Carolina Coops uses screen openings, which are smaller than other companies. DuBoise explains that pests like raccoons and snakes can sneak into screening with larger openings.

“Aesthetics are big,” DuBoise says. And not just for the owners and their flock. A beautiful coop also helps forge a relationship with the neighbors, which he adds is an issue many fail to discuss. When a person invests in chickens for their home, it’s a decision that frequently impacts their neighbors, and pursuing a coop that is visually appealing can assist with the addition of the coop to the neighborhood. So DuBoise urges consumers to take the time to find a coop builder who will deliver what they want. Otherwise: “Why should you spend the money?”

Jo Allen is a contributing writer for Rooted. When she is not reading the latest fashion magazine, chugging iced coffee, or binging the newest Netflix hit, Jo likes to spend her time writing as much as possible. Before receiving her master’s degree in the Magazine, Newspaper and Online Journalism program at the S.I. Newhouse School of Public Communications at Syracuse University, she worked for Hearst in social media and received her bachelor’s in communications from Niagara University.